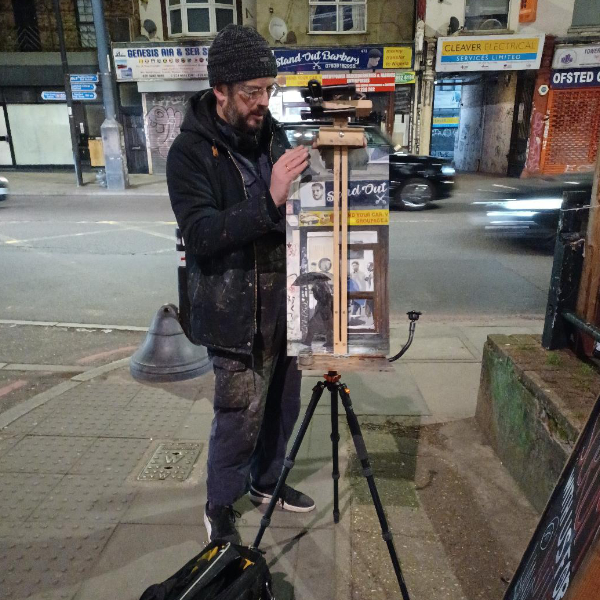 About the artist
Paul lives in Eltham and has been painting in oils for the past four years. He previously worked within graphic design and, briefly, as a sculptor. Initially he began painting landscapes and portraits of musicians such as Amy Winehouse and David Bowie. Currently he paints street scenes of South London at night.

Artist's statement
For the most part I work on site (plein air), as it is the most accurate way of capturing light, especially during the evening. My main subjects are urban landscapes around London and the people who live and work there. I am influence by urban photographers such as Ernst Haas and Saul Leiter, artists such as Edward Hopper, Doreen Fletcher and Bob Peak, and neo-noir films. I try to capture a sense of a story about to take place in my paintings, and the tension between established communities and the changes imposed by London’s rapid housing and commercial development – often driven by outside economic and social agendas.

"It's a neon world. It's a garish, exuberant, possibly empty world if you're not careful" Christopher Doyle, cinematographer, ˜Fallen Angels"